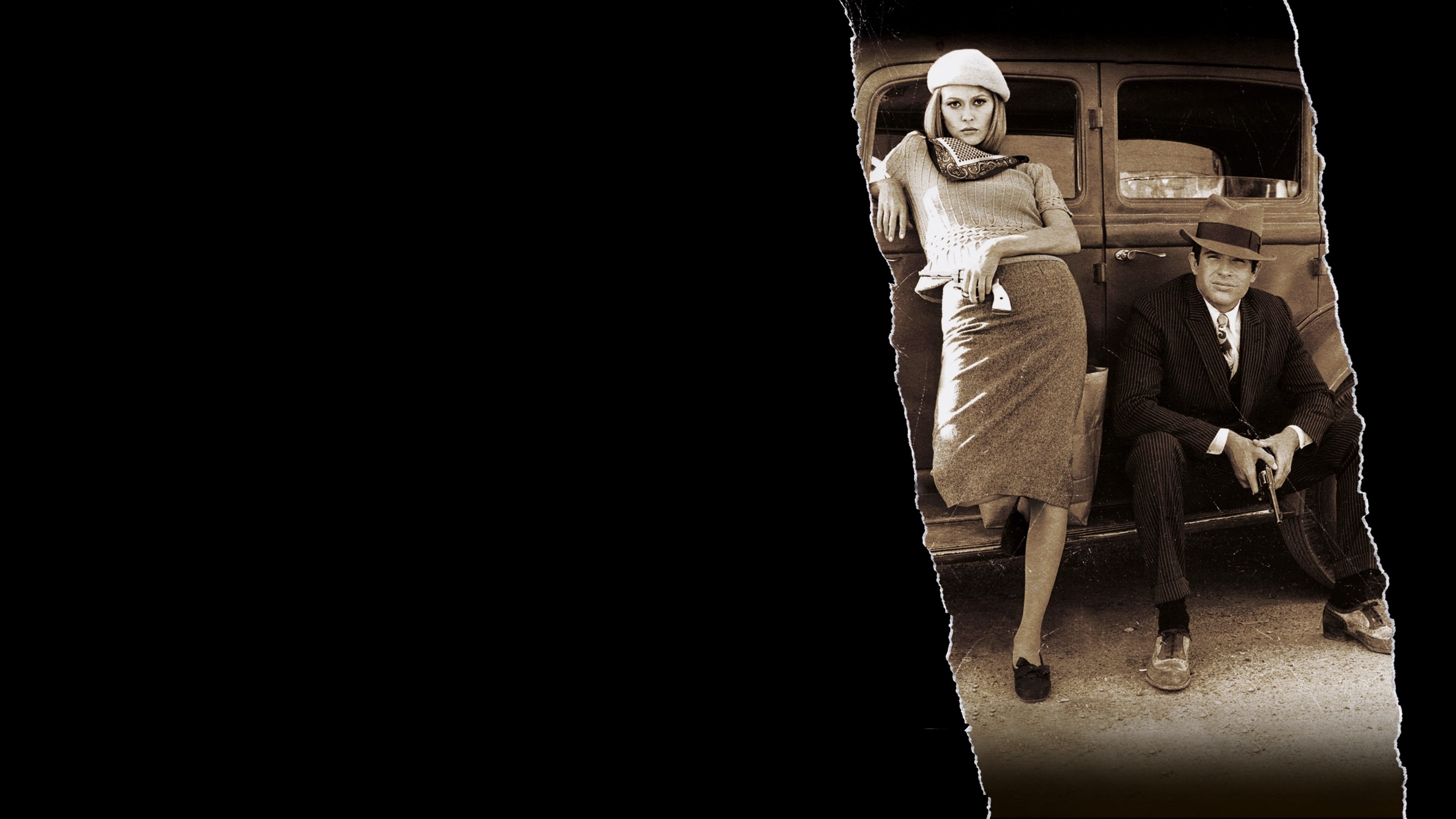 Bonnie and Clyde is a 1967 American biographical crime film directed by Arthur Penn and starring Warren Beatty and Faye Dunaway as the title characters Clyde Barrow and Bonnie Parker. The film also features Michael J. Pollard, Gene Hackman, and Estelle Parsons. The screenplay is by David Newman and Robert Benton. Robert Towne and Beatty provided uncredited contributions to the script; Beatty produced the film. The music is by Charles Strouse.

Bonnie and Clyde is considered one of the first films of the New Hollywood era and a landmark picture. It broke many cinematic taboos and for some members of the counterculture, the film was considered a “rallying cry.” Its success prompted other filmmakers to be more open in presenting sex and violence in their films. The film’s ending became iconic as “one of the bloodiest death scenes in cinematic history”.

During the Great Depression, Clyde Barrow and Bonnie Parker of Texas meet when Clyde tries to steal Bonnie’s mother’s car. Bonnie, who is bored by her job as a waitress, is intrigued by Clyde and decides to take up with him and become his partner in crime. They pull off some holdups, but their amateur efforts, while exciting, are not very lucrative.

The duo’s crime spree shifts into high gear once they hook up with a dim-witted gas station attendant, C.W. Moss. Clyde’s older brother Buck and his wife, Blanche, a preacher’s daughter, also join them. The two women dislike each other at first sight, and their antipathy escalates. Blanche has nothing but disdain for Bonnie, Clyde, and C.W., while Bonnie sees Blanche’s flightiness as a constant danger to the gang’s survival.

Bonnie and Clyde turn from small-time heists to bank robbing. Their exploits also become more violent. After C.W. botches parking during a bank robbery and delays their escape, Clyde shoots the bank manager in the face when he jumps onto the slow-moving car’s running board. The gang is pursued by law enforcement, including Texas Ranger Frank Hamer, whom they capture and humiliate before setting him free. A raid later catches the outlaws off guard, mortally wounding Buck with a shot to his head and injuring Blanche. Bonnie, Clyde, and C.W. barely escape alive. With Blanche sightless and in police custody, Hamer tricks her into revealing C.W.’s name (until then he was only an “unidentified suspect”).

Hamer finds Bonnie, Clyde, and C.W. hiding at the house of C.W.’s father Ivan, who thinks the couple have corrupted his son (as evidenced by an ornate tattoo Bonnie convinced C.W. to get). The elder Moss strikes a bargain with Hamer: in exchange for leniency for C.W., he sets a trap for the outlaws. When Bonnie and Clyde stop on the side of the road to help Mr. Moss fix a flat tire, the police in the bushes open fire and riddle them with bullets. Hamer and his posse come out of hiding and look pensively at the couple’s bodies as a nearby flock of swallows fly away.