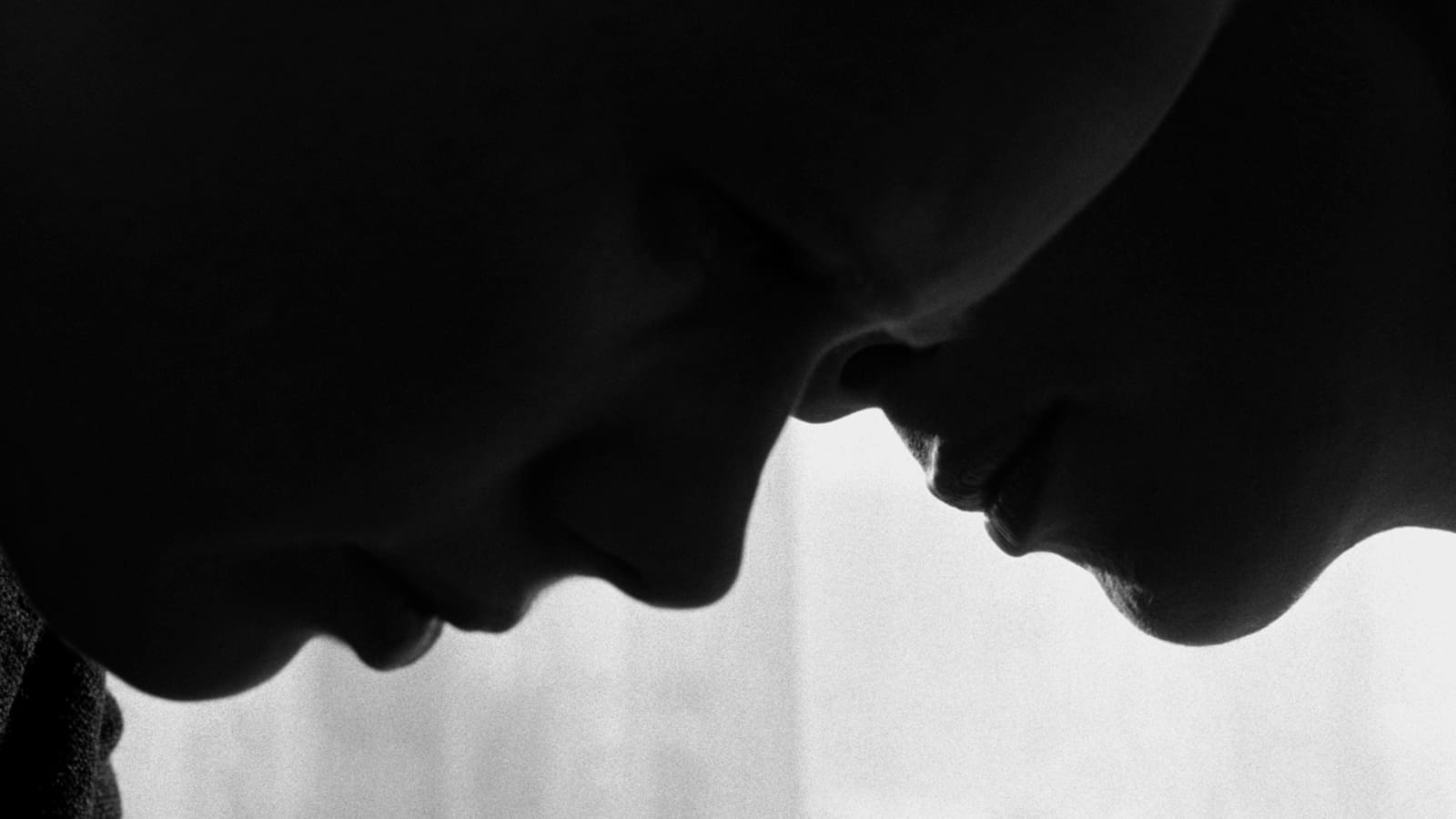 Persona is a 1966 Swedish psychological drama film, written and directed by Ingmar Bergman and starring Bibi Andersson and Liv Ullmann. The story revolves around a young nurse named Alma (Andersson) and her patient, well-known stage actress Elisabet Vogler (Ullmann), who has suddenly stopped speaking. They move to a cottage, where Alma cares for Elisabet, confides in her and begins having trouble distinguishing herself from her patient.

Characterized by elements of psychological horror, Persona has been the subject of much critical analysis, interpretation and debate. The film’s exploration of duality, insanity and personal identity has been interpreted as reflecting the Jungian theory of persona and dealing with issues related to filmmaking, vampirism, homosexuality, motherhood, abortion and other subjects. The experimental style of its prologue and storytelling has also been noted. The enigmatic film has been called the Mount Everest of cinematic analysis; according to film historian Peter Cowie, “Everything one says about Persona may be contradicted; the opposite will also be true”.

Bergman wrote Persona with Ullmann and Andersson in mind for the lead roles and the idea of exploring their identities, and shot the film in Stockholm and Fårö in 1965. In production, the filmmakers experimented with effects, using smoke and a mirror to frame one scene and combining the lead characters’ faces in post-production for one shot. Andersson defended a sexually explicit monologue in the screenplay, and rewrote portions of it.

A projector begins screening a series of images, including a crucifixion, a spider and the killing of a lamb, and a boy wakes up in a hospital or morgue. He sees a large screen with a blurry image of two women. One of the women may be Alma, a young nurse assigned by a doctor to care for Elisabet Vogler. Elisabet is a stage actress who has suddenly stopped speaking and moving, which the doctors have determined is the result of willpower rather than physical or mental illness.

In the hospital, Elisabet is distressed by television images of a man’s self-immolation during the Vietnam War. Alma reads her a letter from Elisabet’s husband that contains a photo of their son, and the actress tears the photograph up. The doctor speculates that Elisabet may recover better in a cottage by the sea, and sends her there with Alma.

This is the first time Alma is certain the actress has spoken since they met, though she thought Elisabet previously whispered to her when Alma was half-asleep. Alma tells her that she knows Elisabet is a terrible person; when Elisabet runs off, Alma chases her and begs for forgiveness. Later, Elisabet looks at the famous photograph of Jews arrested in the Warsaw Ghetto from the Stroop Report.

One night, Alma hears a man outside calling for Elisabet; it is Elisabet’s husband. He calls Alma “Elisabet” and, though the nurse tells him he is mistaken, they have sex. Alma meets with Elisabet to talk about why Elisabet tore up the photo of her son. Alma tells much of Elisabet’s story: that she wanted the only thing she did not have, motherhood, and became pregnant. Regretting her decision, Elisabet attempted a failed self-induced abortion and gave birth to a boy whom she despises, but her son craves her love. Alma ends the story in distress, asserting her identity and denying that she is Elisabet. She later coaxes Elisabet to say the word “nothing”, and leaves the cottage as a crew films her.