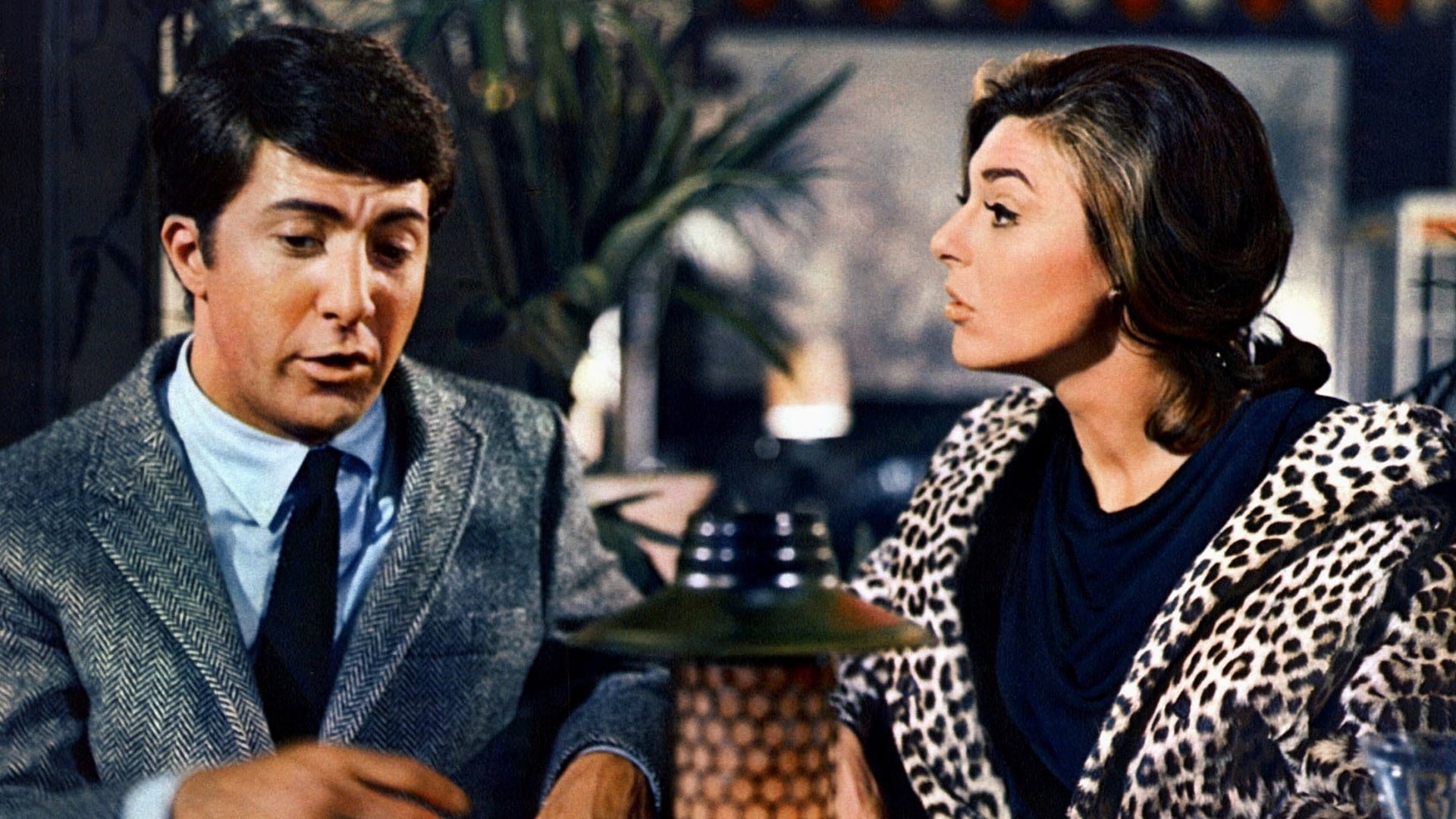 The Graduate is a 1967 American romantic comedy-drama film directed by Mike Nichols and written by Buck Henry and Calder Willingham, based on the 1963 novel of the same name by Charles Webb, who wrote it shortly after graduating from Williams College. The film tells the story of 21-year-old Benjamin Braddock (Dustin Hoffman), a recent college graduate with no well-defined aim in life, who begins an affair with an older woman, Mrs. Robinson (Anne Bancroft), and then becomes obsessed with her daughter Elaine (Katharine Ross).

After earning his bachelor’s degree from an East Coast college, Benjamin Braddock returns to his parents’ Pasadena, California home. He cringes as his parents deliver accolades during his graduation party and retreats to his bedroom until Mrs. Robinson, the wife of his father’s law partner, insists that he drive her home. Once there, she tries to seduce him. He resists her advances but later invites her to the Taft Hotel, where he registers under the pseudonym “Mr. Gladstone”.

Benjamin spends the summer relaxing in his parents’ pool by day and meeting Mrs. Robinson at the hotel by night. During one of their trysts, Mrs. Robinson reveals that her loveless marriage resulted when she accidentally became pregnant with her daughter, Elaine. When Benjamin jokingly suggests that he date Elaine, Mrs. Robinson angrily forbids it. However, Benjamin’s parents, unaware of the affair, are eager for their son to date Elaine and relentlessly pester him to ask her out, as does Mr. Robinson. Benjamin gives in and reluctantly takes Elaine on a date.

When he sees how upset Mrs. Robinson is, Benjamin attempts to sabotage his date by ignoring Elaine, driving recklessly, and taking her to a strip club. She flees the club in tears, but Benjamin, feeling remorseful, runs out after her, apologizes, and kisses her. They eat at a drive-in restaurant, where they bond over their shared uncertainty about their future plans. After they visit the Taft Hotel for a late-night drink and the staff greet Benjamin as “Mr. Gladstone”, Elaine deduces that Benjamin is having an affair with a married woman. Benjamin swears that the affair is over and makes plans for another date with Elaine for the following day.

To prevent Benjamin from dating Elaine, Mrs. Robinson threatens to tell Elaine about their affair. To thwart this, Benjamin reveals to Elaine that the married woman is her mother. Elaine is so upset that she refuses to see Benjamin again and returns to school at Berkeley.

Benjamin follows her to Berkeley hoping to regain her affections. Elaine is aghast because her mother told her that Benjamin raped her when she was drunk. After Benjamin explains what really happened and apologizes, Elaine forgives him and they rekindle their relationship. He asks her to marry him, but she is uncertain despite her feelings for him.

Later, an angry Mr. Robinson arrives to Berkeley and confronts Benjamin in his boarding room, where he informs him that he and his wife will be divorcing soon and threatens to have Benjamin jailed if he continues to see Elaine. He then forces Elaine to leave college to marry Carl Smith, a classmate whom she briefly dated. Benjamin is quickly thrown out of the boarding house by the manager, who threatens to call the police.

Benjamin drives back to Pasadena and breaks into the Robinson home in search of Elaine. Instead, he finds Mrs. Robinson who calls the police and claims that her house is being burglarized. She then tells Benjamin that he cannot prevent Elaine’s marriage to Carl. Before the police can arrest him, Benjamin flees the Robinson home and drives back to Berkeley. There, he visits Carl’s fraternity and discovers from one of Carl’s fraternity brothers that the wedding will take place in Santa Barbara that day.

He rushes towards the area near the church, when his Alfa Romeo, which he received as a graduation present from his parents, runs out of gas, causing him to jog towards the church and arrives just as the ceremony ends. Overlooking the sanctuary, he bangs on the glass separating him from the wedding and shouts Elaine’s name. After surveying the angry faces of Carl and her parents, Elaine shouts “Ben!” and flees the sanctuary. Benjamin fights off Mr. Robinson and repels the wedding guests by swinging a large cross, which he uses to barricade the church doors, trapping them inside.